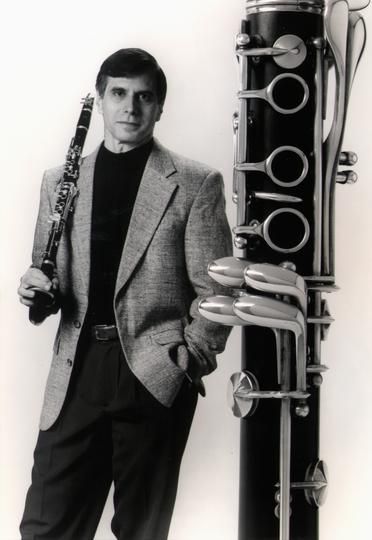 F. Gerard Errante is a clarinetist of international stature whose performances in the United States, Canada, Europe, Australia, New Zealand, China, Korea, Japan, Africa, Cuba and the South Pacific have received critical acclaim. A native of New York City, he earned the Doctor of Musical Arts degree from the University of Michigan. Errante has published two books, A Selective Clarinet Bibliography and Contemporary Clarinet Repertoire, composed ten works for clarinet, and has contributed numerous articles to a wide variety of journals. He has recorded for the CRI label, Telarc, Centaur Records, Mark Recordings, Capstone Records, Drimala Records, AIR Records, Inc. (Japan), Apollo Records (The Netherlands), Tall Poppies (Australia), and for national radio stations throughout the world. His three compact discs, Electric Clarinet, Shadows of Ancient Dreams, and Beyond Noend with Errante, contain his own works as well as compositions for clarinet and electronics that have been composed for him. 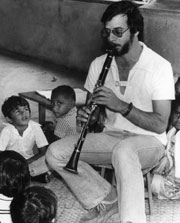 These CDs, as well as several earlier LPs, have received high praise from reviews worldwide, citing their originality and exceptional performances. A specialist in new music, Errante has performed at many international festivals and was a second prizewinner in the International Gaudeamus Competition for Interpreters of Contemporary Music.

Errante is an active participant in the international clarinet community and has served as President of both ClariNetwork International and the International Clarinet Association. He was also the Southeast Regional Chairman of the ICA from its inception in 1973, to his assumption of the position President-Elect in 1992. In addition, he has performed at many of its Festivals held in the United States, Canada, and Europe. Honored by the ICA, Errante was presented a Lifetime Achievement Award at the 2005 ClarinetFest held in Tokyo. On two occasions Errante served as Artist-in-Residence at the Sydney Conservatorium of Music in Sydney, Australia. He has also toured Japan under the auspices of the Asian Cultural Council. 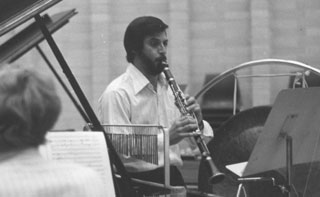 After 30 years of service, Dr. Errante retired from Norfolk State University where he was Professor of Music. He twice received the Outstanding Teacher of the Year award and was twice nominated for the highest teaching award in the state of Virginia. Errante has also served as Adjunct Professor of Music at Old Dominion University where he was a founding member of the new music ensemble, Creo. In addition, he has served as Co Director of the Norfolk Chamber Consort, a position he has held from 1972 to 2008. Now as resident of Las Vegas, Errante tours with the duo Clarion Synthesis. F. Gerard Errante is a Yamaha performing artist and performs exclusively on a Custom SE-V clarinet. He also performs using Clark Fobes mouthpieces, Passion reeds by Reeds Australia, and BG ligatures. 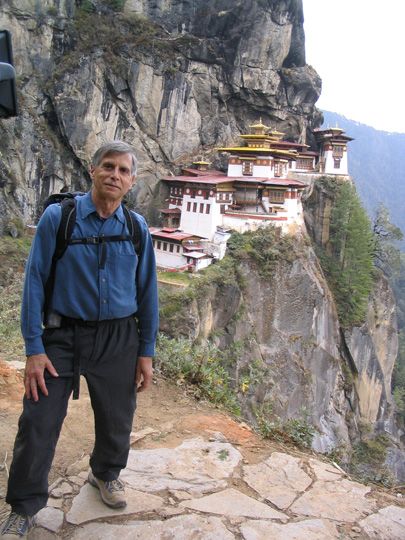 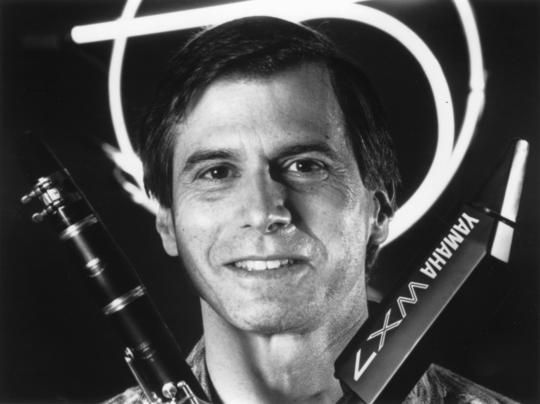 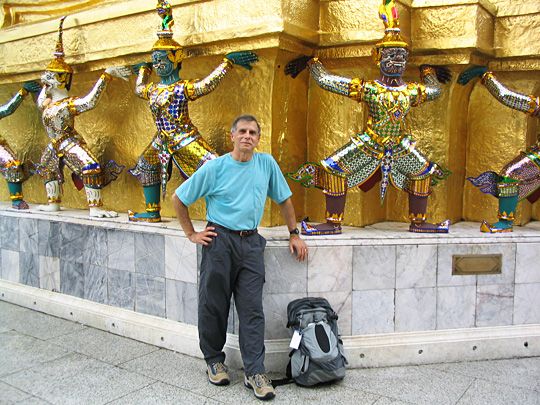 “F. Gerard Errante has been at the forefront of new music exploration with electronics and mixed media for some 40 years, bringing new music to diverse audiences worldwide and inspiring scores of composers to create works for clarinet and various media… These works are all about pacing, and Gerry Errante understands pacing in the world of live electronics like few other performers. If the digital sound worlds in this CD seem to take on more analog/human qualities than you thought possible, it is because of Gerry Errante’s soulful expressiveness and consummate sensitivity, and his ability to boldly traverse that tightrope between the two worlds, thus bringing them together in a way few artists can; a delicate balance indeed.”

“Errante’s clarinet completes the mood music, with a perfect tone and control for the long legato phrases and is eloquent and communicative. … The CD meets its objective in balancing ambience and interest, with both an immediate accessibility and the detail within the texture to satisfy repeated listening.”

“Errante floats through the melodic material, showing off the clarity and beauty of his timbre… Errante effortlessly delivers a number of graceful flutter tongue passages as well, including a gentleness that at times becomes otherworldly… Errante’s performance is assured, engaging, and, as ever, lyrically apt… Errante’s performance here confidently demonstrates his lucidity with extended techniques and a vibrant darkness of the chalumeau register that few clarinetists can match… Errante’s tone, largely clear and brilliant throughout, seems perfectly fitting to ideals of reflection and primal rhythms… this album proves that slow, mixed-media music in the hands of a tremendous performer and exponent of new music, as well as ten stylistically varied composers, can… be compelling… this album represents yet another delicate balance between cautious innovation and effective convention… With recordings dating back to 1991, Errante is easily the leading American clarinetist specializing in electro-acoustic performance practice.”

“The pieces pair Errante’s solo playing with electronic backings that are full and often symphonic in character, and as the woodsy character of the clarinet is preserved, a clear contrast emerges between its acoustic sound and the oft-shimmering backdrops.

The compositions are & eminently accessible in spirit. Much of Delicate Balance exudes a serene and mystical quality… Errante’s release is worth the attention of both clarinet and non-clarinet enthusiasts.”

“Through all of these pieces, F. Gerard Errante maintains excellent control in blending the clarinet timbre with whatever electronics are present. It can be difficult to make calm music compelling but each piece, and Errante’s playing, keep me listening.”

“Errante quickly impressed as both a first-rate player and a lively advocate of the avant-garde.” — The New York Times

“F. Gerard Errante is, indeed, a MONSTER of a performer.” — Living Music

“F. Gerard Errante is an active composer, teacher, and instrumentalist of extraordinary technique, fluency, and boldness.” — The New Music Connoisseur

“Errante is a scholar and a virtuoso clarinetist. … The program provided an impressive display of Errante’s skills.” — The Washington Post

“Errante is a gifted musician with a fluid approach to his instrument and an appealingly offhand stage presence.” — The Philadelphia Inquirer

“A leading exponent of new music … Errante proved himself a sterling musician with unshakable technique and as lovely a tone as one might ever expect to hear.” — Milwaukee Sentinel

“Errante’s comments before each piece and especially his consummate command of every aspect of the performance made it a memorable and delightful evening.” — St. Louis Post-Dispatch 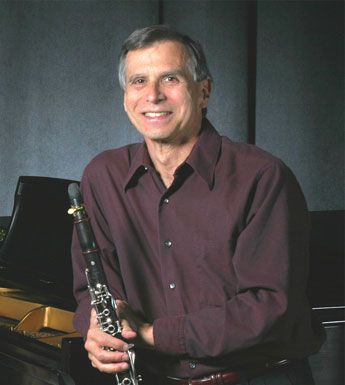