Thompson has created a work that is truly sublime and exists in a constant yet subdued state of flux. However, even more of a testament is that Sidereal has moments so wonderful that you may want to “freeze frame” the CD and just bathe in the musical bliss you hear at any one moment. It’s also the rare ambient recording that rewards both direct and indirect listening. Sidereal (if there is any justice) should finally garner the praise and recognition that has eluded Robert Scott Thompson for far too long. It’s that good an album and comes highly recommended.

Robert Scott Thompson is an electro-acoustic composer who has labored in obscurity for years–releasing a large number of works in a surprising number of genres. Two Thompson releases, The Silent Shore and Frontier, gave his music wider distribution and opened his talent up to a larger group of ambient aficionados. The two discs were fabulously diverse displays of ambience, dark and light. To my mind, The Silent Shore is one of the finest ambient releases of the 1990s, and Frontier was a more than worthy follow-up. Thompson’s music is extremely cerebral and academic, fitting into genre definitions quite tenuously. The totality of his work may not be to a particular listener’s tastes every time, but one can always be sure Thompson is treading new territories, experimenting with sound, continuously moving forward.

Sidereal, the latest in a string of pure ambient recordings, is Thompson’s paean to the infinity of space. Certainly dozens of ambient recordings have functioned in this way prior to Sidereal, but I feel that Thompson’s work is a unique take on what some would call a tired theme. A look at the cover confirms this thought–eschewing the typical ambiguous spacescape in favor of a collage of fascinating images very much in the style of Bill Nelson’s record covers. Here is another parallel I find: Thompson and Nelson seem to operate in the same level of iconoclastic creation. Nonetheless, Thompson brings his very original style to a well-worn set of preconceived imagery–and succeeds marvelously in creating a very diverse sixty minutes of interstellar ambience.

Sidereal is the sort of recording that represents something different to every listener. While other Thompson recordings welcomed the listener to adjust the song order to suit a particular mood, Sidereal is a single track–it’s clear we are on a guided journey through a remarkable number of shades, tones, and moods. There is an underlining drone beneath all of the incidental sounds that fill Sidereal; we must never forget that we are constantly navigating through space, whether we have achieved planetfall or are drifting aimlessly through the ether. The journey begins with dissonant tones and ghostly sonics. Appropriately, our maiden flight is fraught with anxiety–space is large, and not for sissies–the awesome infinity is going to take some getting used to. Quietly, reverbed piano notes appear–the initial shock of space has passed, and we have made an uneasy peace with it. The drone beneath does not falter (nor does it ever), but it does take a backseat to morphed female vocals. Perhaps we are picking up distorted transmissions from a nearby planet; regardless it is difficult to establish whether we have interpreted this vocal as something familiar to comfort us during the absolute alien-ness of our surroundings. It is at this time that Sidereal begins to take on the quality of Eno’s more translucent works; Thursday Afternoon, for example. Light, ethereal, airy. These more overtly “musical” interludes are broken up by blank space drifts. We are on an interstellar flitter, passing planets and stars, some floating chunks of debris, some inhabited by unknown races with indescribable architecture.

The journey becomes more and more resonant as we continue forward, deeper. Pretty tones and inexplicable noises conjoin to make space as alien as described, but somehow familiar in its exoticism. Part of the power of Sidereal is its attention to minute details, which flow consistently throughout the recording. There is never repetition; space is quiet, vast, and all-consuming. Around the twenty-minute mark, we are treated to a deep space melody. Somehow we have morphed into unearthed creatures of blackness; space is becoming familiar in its unfamiliarity, we are evolving, learning to thrive on the mutability of the heavens around. At the thirty-five minute mark, we have been transported to some pastoral world–all strummed guitar, spacious piano, blonde eloi inhabitants, picnic summers as a brief repast from the infinity that is sure to welcome us back soon enough. This passage reminds me of the gentle melodies of Forgotten Places, the fine collaboration with Ambient Review favorite James Johnson. As we lie back on green grass with glass of alien wine, the distinct hum of the universe continues to thrall us beneath the glow of this planet’s atmosphere. The hum insinuates itself more and more, eventually dragging us back to infinity. This is my personal favorite portion of the recording, especially in the context of such a vast and dramatic journey.

I’ll only detract from the massive power and nuance of Sidereal by continuing my travelogue. There is a warm and nostalgic glow to the disc, rather like reading science fiction from the Golden Age, for me. Space, in all its terrors and wonders is open to the listener here. It isn’t always a comforting journey, but it is always a rewarding one. This is one of the finest “space music” works I’ve ever had the pleasure to explore. And it truly is an exploration, as new “sights,” nuances, textures, reveal themselves with each listen. This is truly a landmark recording for ambient fans. Never has space been treated with such an even and practiced flair for drama and emotion juxtaposed with the inexplicable and unfathomable. This is a breathtaking trip, which rewards the listener equipped with headphones. And, knowing Thompson’s academic background, I’ve a feeling there’s all sorts of “academic stuff” going on here that I’m completely (and blissfully) unaware of. Whatever the disposition, Thompson’s Sidereal makes an essential contribution to the curious language of space music. While I have no access to any future history in our very earthed world, I would not be surprised if this became a completely justified ambient classic. Simply breathtaking.

The incomprehensibly vast distances of intergalactic space are continuously permeated by a subtle auditory ambience of shifting drones, elegantly gestured events and unique rhythms. Radio astronomy and SETI (among other scientific discoveries) have confirmed and given voice to this splendid background noise whose origin and meaning is impossible to fathom.

This recording does not use any sounds of extraterrestrial origin, yet it does allude to the ambience of the vast cosmos. The background sounds of the universe cannot be temporally framed due to their very nature. In this work, I have attempted to fashion a long-form ambient recording which takes its cue from the cosmological sounds which surround us.

Sidereal is similar to a number of other works composed beginning with objet d’art (1976) and including important landmarks such as The Strong Eye (1991) and Manifold (2000). Some of my long-form electroacoustic works are thematic, some formed within the context of symphonic proportioning, and others are purely generative and self-evolving.

Sidereal is unique within this collection of compositions. Firstly because is presents a collection of distinct compositions with a clearly defined framework – more like an album of largely unrelated works – and, secondly, the works are coerced into relatedness through their framing by a complex, evolutionary, drone texture which forms the basis of the work.

The background drone is positioned somewhere between cosmic radio static and pitched harmonic resonance, alluding to the drone flux of the distant star-fields which were its inspiration.

Be the first to review “Sidereal (Continuous)” Cancel reply 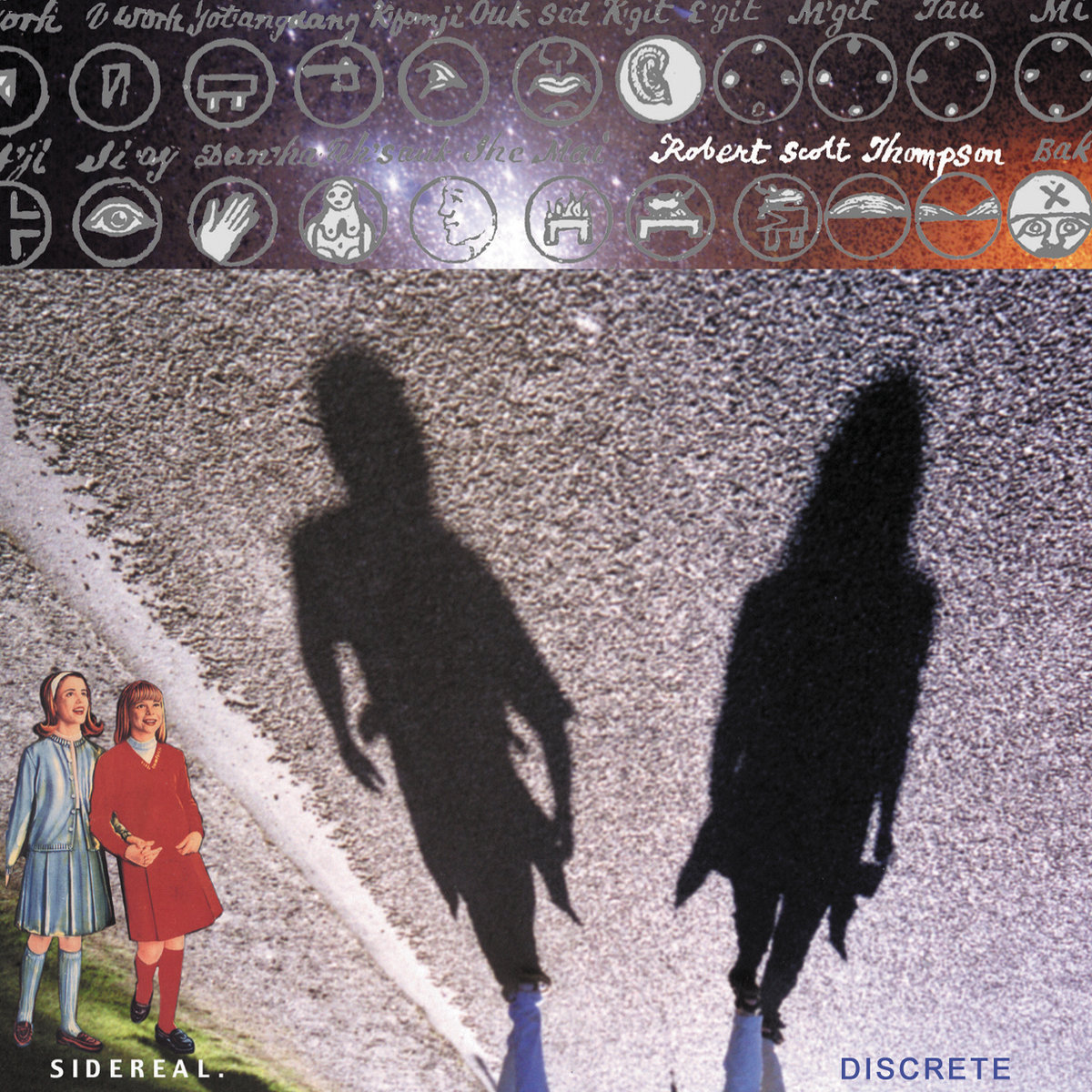 Sidereal (Discrete) is an edited version of Sidereal (Continuous) that presents the music as separate tracks rather than as a continuous, uninterrupted flow. 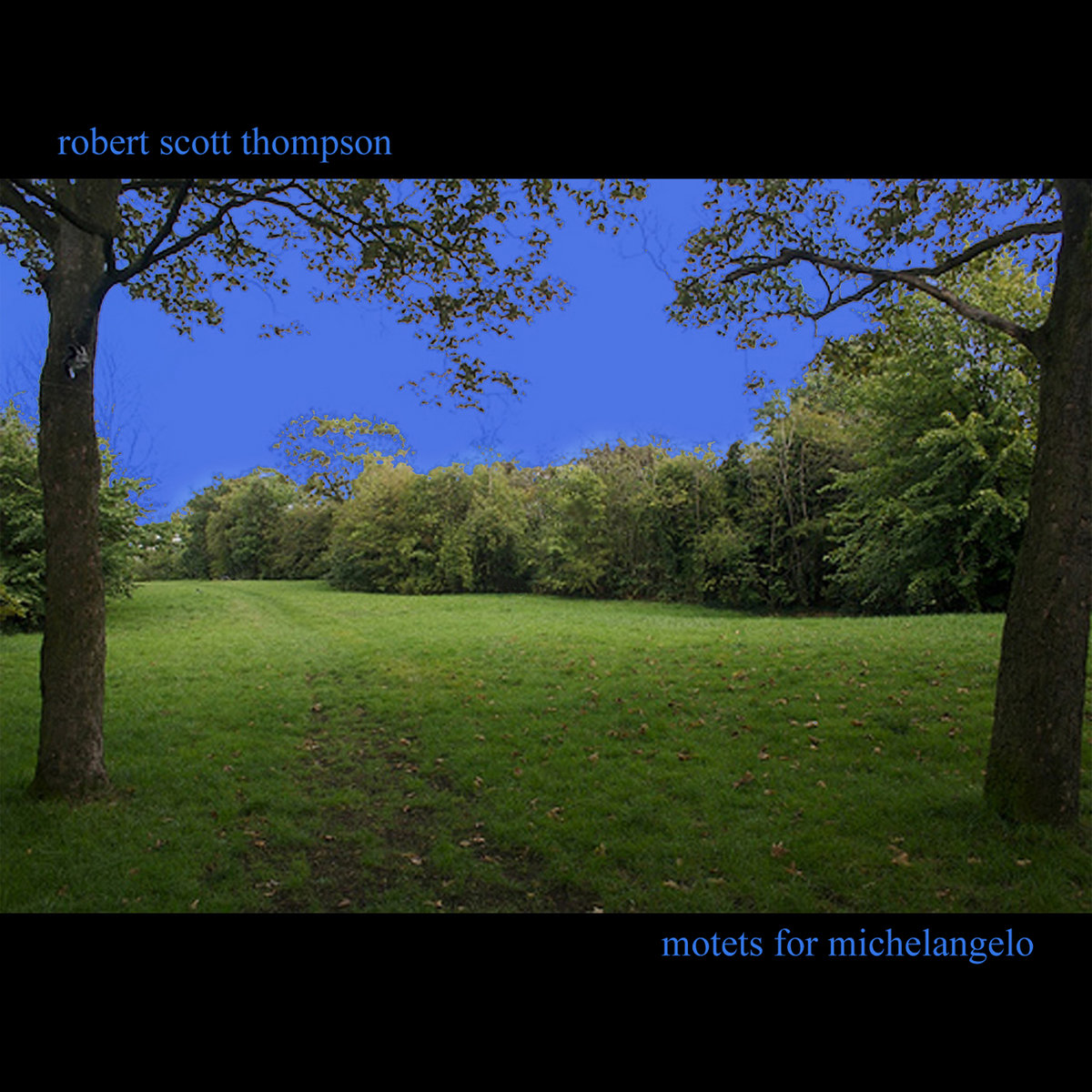 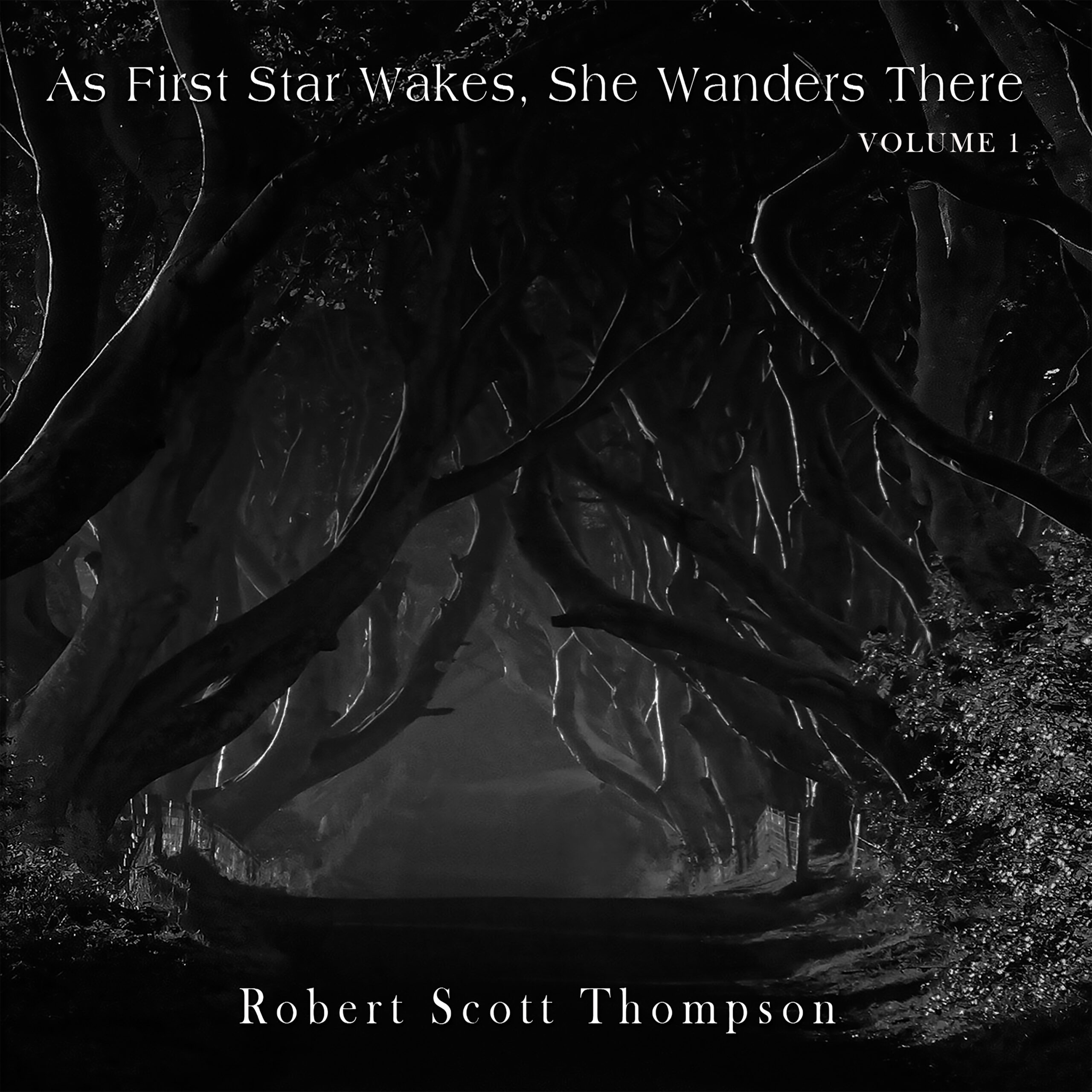 As First Star Wakes, She Wanders There — Volume 1 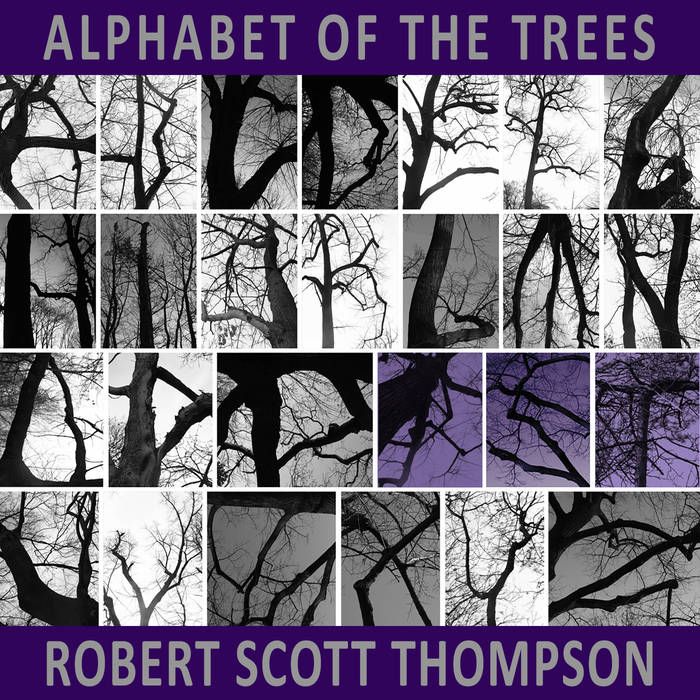 Alphabet of the Trees 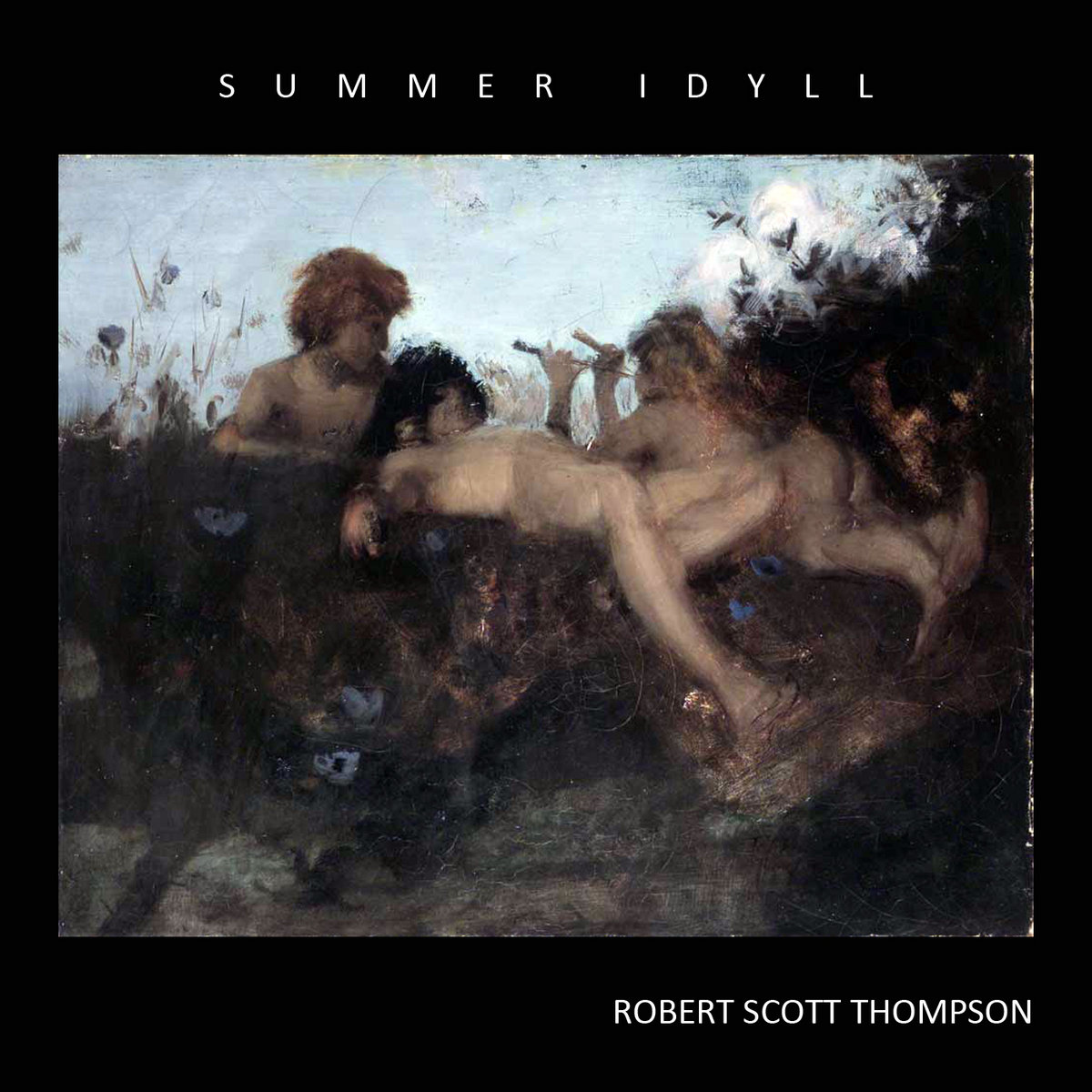