Mantra ranks near the top of my list of RST’s entire catalog of music. It is a delicate, hovering, and peace-inducing work of sheer calm and contentment.

Mantra is a long-form ambient work created using real-time performance techniques. At the base of the work is a specialized computer program for audio processing which treats vocal sounds as live input from a microphone. The singing is analyzed by the program and a real-time accompaniment is created spontaneously, based on the pitch and amplitude of the sung sounds – among other attributes. Resulting sounds are mixed together by the program and form the main structural aspect of the composition.

Mantra is similar to other long-form works such as Music for a Summer Evening, Manifold, Siren (Ambient), Sapphire, and so on, in that the music presents one continual flow throughout the duration of the composition, allowing for highly immersive listening.

Stylistically, the music is droney, minimalist, microtonal in parts, and presents a kind of “sonic tinting” of the auditory environment. Music of this type might best be played at reduced volume settings as a means to generate a sense of atmosphere in physical spaces. Ideal for quiet listening, massage, yoga, introspection, and auditory retreat.

Though Robert Scott Thompson is almost ridiculously prolific (his Motets for Michelangelo was reviewed at Textura a month ago and Ghost Words two months before that), his music hardly suffers as a result. His two latest releases are both exceptional ambient recordings, with the most obvious difference between them one of structural form: Gold Flowers Bloom Mercury Petals features a dozen compositions of varying length; Mantra is a single-movement, long-form work.

That Gold Flowers Bloom Mercury Petals is split into twelve parts is, however, a tad misleading since the pieces bleed into one another and form a cohesive stylistic whole. One might instead think of the album as splendorous variations on a common theme. “Classical ambient” is the term that best describes the music, with synthetically-generated woodwinds and strings sharing sonic space with electronic whooshes, synth tones, and piano (acoustic and electric). A gauzy blanket of reverb coats the material, bolstering its epic and ethereal character. In celestial and serene tracks like “Cloud Pale and Dream Dimmed” and “Hypersigil,” synthetic strings and electronic tones join together in a slow-motion dance that moves through subtly contrasting shifts in mood during the album’s fifty-five minutes. The electrical simmer of hydro wires flows through the mysterious “Arc Lamp” and softly percussive “Chaos Magic” before the album’s most entrancing piece, “Round in Circles,” weaves drifting cascades of piano, strings, and vibes into a minimal meditation that wouldn’t sound out of place on one of Eno’s ambient recordings.

In contrast to the twelve compositions of Gold Flowers Bloom Mercury Petals, Mantra presents a single, fifty-three-minute composition. Some explanatory detail is provided that clarifies how the material was generated. Apparently the work was produced using a specialized computer program that analyzes live vocal input and generates real-time accompaniment to it based on the pitch and amplitude of the vocal sounds; the resultant composition is therefore, at least in part, the mixed result—not that the typical listener would be any the wiser in the absence of such detail. Instead, he/she would simply surrender to the album’s placid meander of delicate electronic tones, and in turn enter into a state of introspective calm that occurs far too seldom in our lives. Listening to it is equivalent to resting for an hour by an isolated country pond where only natural sounds break the stillness. Gentle winds whistle through the trees and cowbells faintly tinkle from some far-off field as insects flitter across the water’s surface and voices softly exhale. Though it’s undeniably pretty, the music is also permeated with a melancholy, even resigned, spirit that makes the recording all the more affecting. If anything, Mantra seems to grow progressively more quiet and thus more retiring as the minutes tick by, the crickets chant their collective song, and the sun slowly disappears below the horizon.

The two albums are beautiful exemplars of ambient music-making, and in both cases Thompson’s time-suspending and alchemical “sonic tinting” reaps multiple rewards.

...a peaceful and serene soundscape...

Robert Scott Thompson is one of the most cerebral ambient music artists in this era. He is always on the cutting edge looking for new techniques and exploring new styles. He pushes the envelope beyond its limits. Thus far, all of his experiments have been successful. (At least the ones he has shared with his listeners have been!)

Mantra is a bit of a departure for Robert it is a long-form piece (53:25) with a consistent pace and a free flowing structure. (While it does flow freely it is certain that Robert worked diligently to get it to do so. He is the consummate pro.) The piece is also full of delightful experimental sounds and vast atmospheres. Robert combines organic textures and metallic timbres better than anyone. He uses those contrasting techniques as complimentary sound design elements.

The pace and flow will remind listeners of the ocean along the Gulf Stream. The music rolls in and collapses into itself as it returns. It is continuous and steady – never too harsh, never too calm. It is always just right and right there. The experimental sounds cavort around and through the atmospheres and the flow. It is a peaceful and serene soundscape.

Robert is a total professional, a successful risk taker and a cerebral musician. He is consistent. He is wise and he is kind. This CD is one of his stronger efforts. It comes with the highest recommendation and the strongest endorsement.

...stands on its own musical merit...

I’ve listened to and enjoyed a number of Thompson’s other works, but this one is unlike any other album of his (which is a POSITIVE!).

The “Product Description” makes this long-form continuous piece sound almost like an academic exercise, but it is anything but that. There is a continuous sonic background, over which the “soundscape” gradually evolves over time. The music is peaceful and meditative, with long, sustained tones, along with various sounds such as chimes, and percussive effects/instruments, which never interrupt the “flow” and mood of the music.

It would probably serve admirably as a background to meditation, etc., but it stands on its own musical merit.

...a very relaxing album with a positive spirit...

This is a very relaxing album with a positive spirit, buoyant and warming. The music is ideal for restful contemplation, creating an uplifting space or to take Robert’s own words “auditory retreat.”

Be the first to review “Mantra” Cancel reply 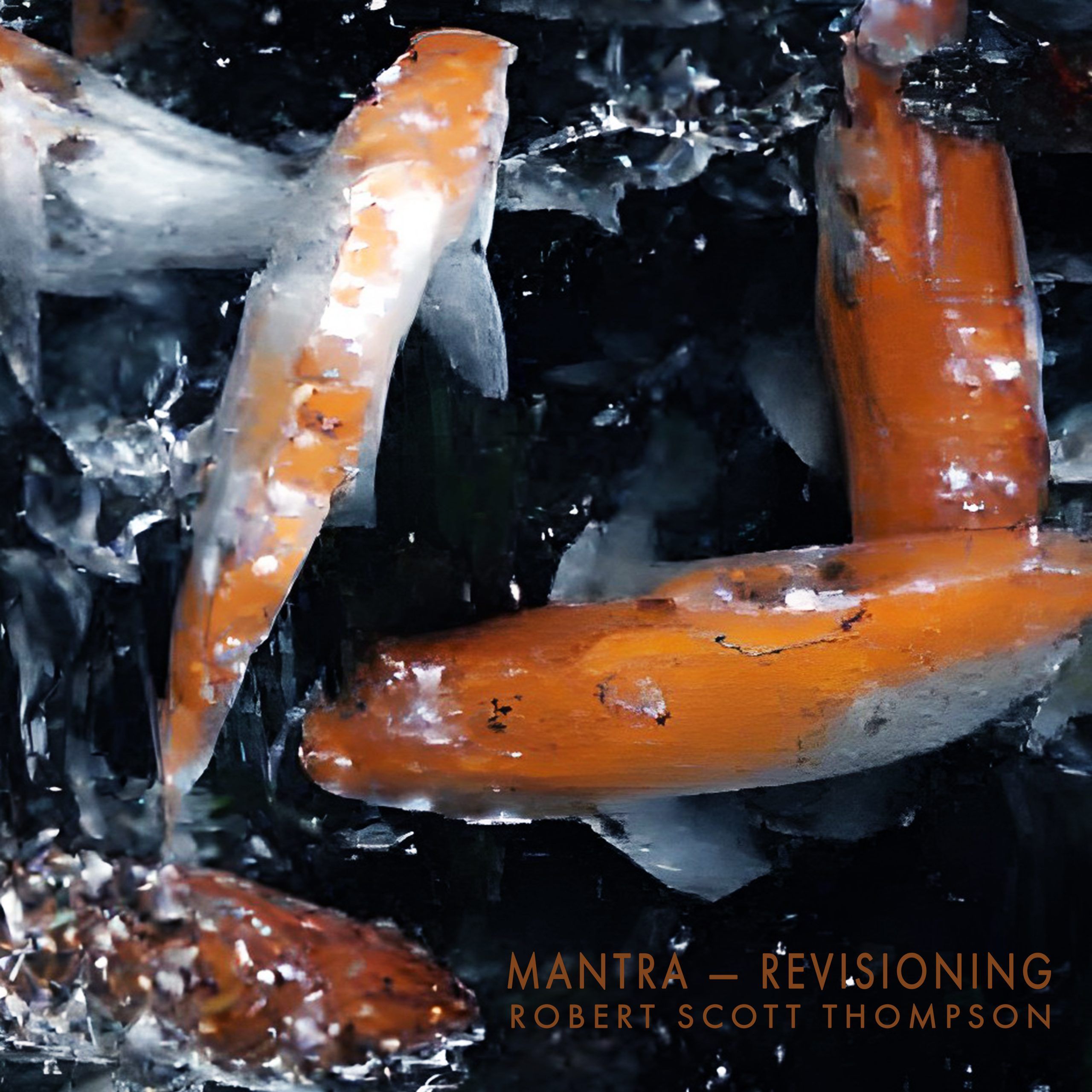