Robert’s work is reminiscent of the works of Robert Rich and Steve Roach. With time, his name should be held in the same regard as these two maestros are. This new generation make incredibly vital compositions.

As a young kid, like so many others in the L.A. area, I was enthralled by the seasonal rain. It did not come all that often, but when it did, it brought a bit of magic to the streets, with little rivers running down the curbside affording an imaginal world in which to explore – building dams, bridges, and floating objects down the currents. Perhaps it was then that I became a pluviophile.

Pluviophilia means “love of rain.” For the composer, rain is often an inspiration not only of mood and image but also of sound itself. Take, for example, the “raindrop” prelude of Chopin, Debussy’’s Jardins sous la Pluie and John Luther Adams’ In the rain as examples. Alternatively, in genres closer to the one these recordings occupy, songs about rain are truly abundant.

What began as a goal to compose a single ambient recording for the innovative ambient label Aatma, this project blossomed to encompass a total of four recordings – three of which are the ambient discs – Pallaethesia, Pluviophilia, and Cartographies of Time. The fourth related project, at a bit of a tangent sonically, is Green Flash and the Dryline Chaser. All of these were composed and recorded in 2019.

The original idea for the project was inspired by field recordings of rain that I made over the past year. Using these recordings as the source, I processed the sounds of rain with banks of resonators to imbue them with wispy melodies, elusive chord progressions, and delicate sonic textures. Treating the raindrops as impulse responses to drive the resonators, shimmering and complex sounds became possible that expressed interesting interior evolutions and transformations. Using these processed sound materials as a basis, a kind of meteorological dronescape, I composed the works heard on these recordings. Thus, the sound of rain knits together the musical time-flow. Occasionally, the sound of rain is heard untreated. While this project proposes rain sounds as musical material, it is also the case that rain itself is not the only, or perhaps central subject. Rather, climate change, and the implications that it holds for all life here is at the back of my mind. Rain is, therefore, a sonic vehicle and a metaphor rather than merely a subject. Rain can soothe, but it can also terrify – precipitation has many faces.

All three of the recordings feature soundspace as a primary element of compositional intention. My current approach to soundspace focuses on ambisonic spatialization techniques, and for this approach to sound design, I use some tools that are quite fascinating in their application. However, while I have been using ambisonics in my electroacoustic (avant-garde) music for some years, it is a recent development to apply these techniques to the elaboration of soundspace in the ambient context.

The first disc in the series is Pallaethesia, which alludes to an appreciation or sensitivity to vibrations. This disc features the following tracks:

This recording opens with a stately, epic, and declamatory track, a kind of passacaglia, The Wheel of Cloud Whirs Slowly. In my inspiration, I was dreaming of the glacial roiling of thunderheads as they build and develop prior to the downpour. Based on the colored drones of the rain resonance, a clear harmonic field is established that is filled with smaller sound elements, some granular, some fractally edited, and many elaborated from the rain field recordings.

Slow Burning Embers Fade, an essay on the ambient sound mass, especially at the opening, is a more dense and sonorous work. Here the rain sounds underpinning the sound structure turn somewhat to an occasional rhythmic pulsation and counterpoised are vocal fragments proposed as a kind of lament. The final moments of the hearth fire, the close of a chapter, the end of a process – rich in affective implications but also imbued with a certain sadness of finality. Here rain sounds, sometimes, splatting in slow motion disintegration are heard as occasionally foregrounded. The swirling harmonic drones the outworking of the rain in another guise. The longest track on the recording, the structure turns to a more open and meditative position near the middle of the work where bird sounds and rain are juxtaposed with bowed metal sounds and vocalize. The sounds of rain becoming more prominent.

Dryline Chaser, the inspiration for the more elaborate electronica track Green Flash and the Dryline Chaser, found on another disc by that title, uses a granular texture as a kind of foreground element and a deep sonorous pulsing as a propulsive element. The overlay of more distant vocal textures, an echo from the previous track, builds the recording as a conceptual whole, rather than a disassociated collection of isolated sonic expressions.

The title track, Pallaesthesia, is the central work of this recording. Featuring break-beat techniques, simple rhythmic designs and open textures within a simple harmonic framework, this composition epitomizes a quality of electronic, or ambient music, that I have been creating since the late 1970s as inspired by the Berlin Trilogy of Bowie and much besides. As I am composing this music, I am thinking of the effectiveness of tuning-into vibration as a means of navigating our experience and our multiverse. Reminded of the centrality of higher consciousness and authentic action.

Moving to a darker and more subtle realm, The Wind Begins to Rock the Grass, alludes to the terrestrial indicators of lofty atmospheric disturbances – the raising of the wind before the storm. This composition also uses break-beat concepts in the musical structure and is conceived as a developmental track following upon the title track. Ominous, quasi-thundering, yet in some ways hopeful. Imagining the scattering of songbirds in their race to avoid the coming deluge, to return later when the sun is shining once again, and as moisture begins to evaporate and rise to feed the thunderheads anew. The cycle repeating.

Smalle Rayne Downe Can Rayne is a line from the 16th-century song, Westron Wynde. Westron Wynde is a small fragment of music from the court of Henry VIII – a melody and a stanza – but it has forever caught the imagination of listeners. The origin of the fragment is thought to be medieval. It is generally heard as a song of longing. The original song is not heard in this composition, but I found resonance with the line from the poem as fitting to the musical idea and context of this final track. The track presents a moment of poetic repose as a closing to the recording, and I was inspired by the calming focus afforded by gentle rains and the promises they bring when we are invited to align with them.

The second disc in the series is Pluviophilia. This disc features the following tracks:

Rainsong, the opening track, features an elaborate harmonic drone texture as the sonic basis, created with the resonances of a rain recording as impulse responses. Recalling the vocal textures from the second track of Pallaesthesia, these are now superimposed on the gently evolving harmonic texture. The result is a sonic meditation on the reveries inspired by welcomed rains – an invitation to drift in time to explore memories buried and rediscovered, dreams yet unrealized, and anticipated futures.

Using guitar and rain resonances together, Kuiper’s Ultima Thule is an ode to the trans-Neptunian object in the Kuiper belt, MU69, recently seen up-close by the New Horizons project. Ultima Thule means “beyond the known world.” Using an approach to composition similar to the tape-delay techniques of minimalism, the composition evolves through repeating and transforming short musical fragments and presents a kind of chaconne. An invitation perhaps to dream of the ice world of Neptune and consider the Neptunian qualities of empathic, malleable, and intuitive approaches to life. This track ends with an unprocessed segment from the rain soundscape recordings that are foundational to the entire set.

The somber sound world of Benign Now the Beatific Blue presents a moment of deep resonance in the recording, using choiring sonorities and subtly evolving textures to paint a picture of the calm after the storm. The sky once again exploding in hues of blue after darker and gray times. A majesty of color to inspire mental calmness, safety, trust, and clarity.

Breacbhaisteach is an Irish word that means “occasional rain” – it comes and goes. Using break-beat ideas similar to those heard on the first disc of the set, this composition resonates and embellishes the musical ideas of Pallaesthesia and Dryline Chaser. A plaintive low-string line curves through the track and establishes the musical core, further embellished by synthetic and found sounds. Deep in the textural background are resonant drones derived from the rain soundscape recordings that are exposed more directly at the close of the track.

In advance of the coming storm, the sky turns black, the horizon is obscured, and deep hues ride the shadows. Blackend Tones Race the Sky is a variation and musical transformation of the track, The Wind Begun to Rock the Grass from Pallaesthesia. Also, quasi-propulsive, with a subtle background pulsing, this track presents moments of ominous portent. We wait beneath the blackening sky for the arrival of the storm not knowing how to predict the outcomes anticipated. This track, among others, is reflective of my deeper thoughts and fears concerning the inevitably negative effects of unstoppable climate change.

Bringing the disc to a close is Cloud Like a Door, and the Light Over Us, a gentle and reassuring sonic tableau, that invites a return to a calmer place, after the rains. We are reminded of the gentle hand of nature and the universal force that guides our journey of discovery, mystery, and imagination — the wellspring.

The final disc in the set is Cartographies of Time. This recording features tracks that are derived from the materials of Pallaesthesia and Pluviophilia and includes alternate mixes of some of the tracks from those recordings. It is intended to also stand on its own as the third disc of a cohesive set. The musical ideas and materials are cut from the same cloth, and the rain resonance drones remain as foundational.

For this set of recordings, the primary instruments used are as follows: Sequential Circuits Prophet 5, Hartman Neuron, Roland Integra, Moog Sub 37, and ARP 2600, among others. Various software instruments are also heard including Zebra, Equator, Omnisphere, and Swam. Software synthesis always plays a large part in my work, and this project is no exception as Csound features prominently, not only for sound synthesis but also for sound processing. Other systems used include Kyma and VCV.

An important technique used in the creation of these recordings is ambisonic spatialization. For this aspect of the project, two tools have highlighted importance – Trajectory and Ircam’s Spat Revolution. Harpex was used to fold the higher-order spatial renderings into a stereo format. The rain recordings that are used as source materials for the evolving dronescapes heard on many of the tracks were recorded using a Zoom F8 and the Sennheiser Ambeo microphone. The tracks were recorded and mixed in Steinberg’s Nuendo and mastered in Wavelab using UAD and IRCAM Flux plugins. Monitoring is by Adam and UA Apollo.

Recorded at the composer’s studio, The Resonance Observatory, in 2019. 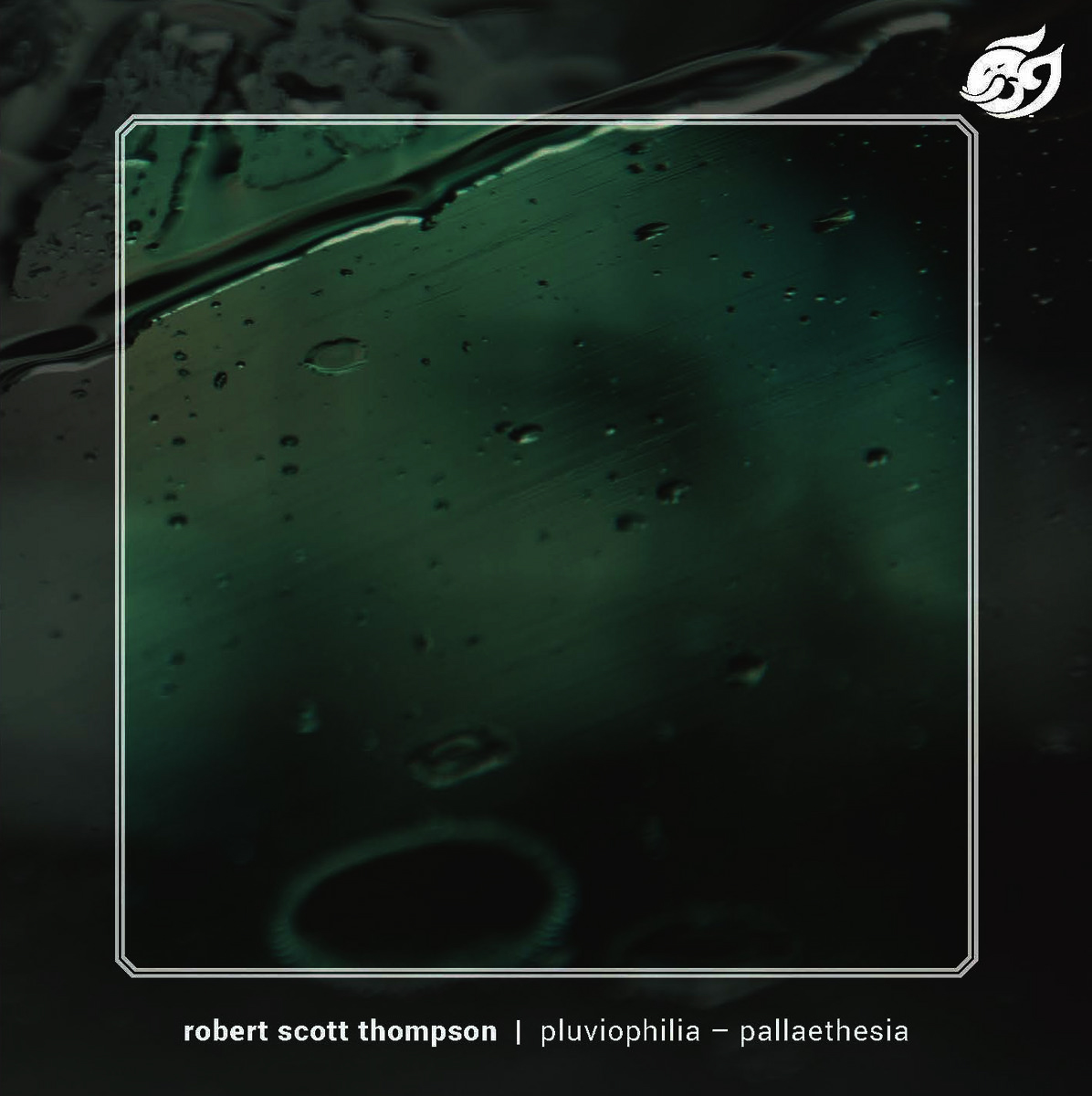 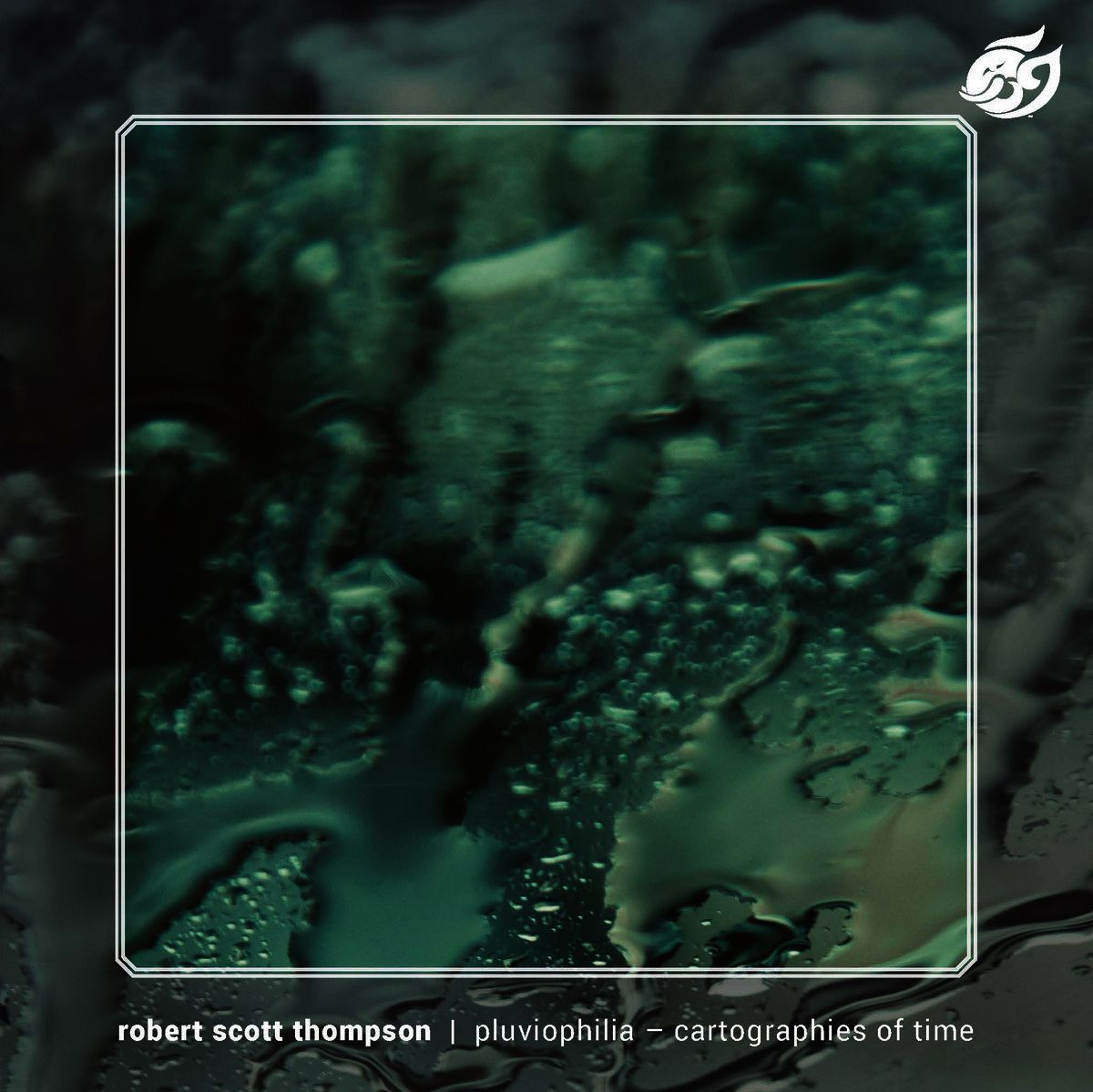 Green Flash and the Dryline Chaser